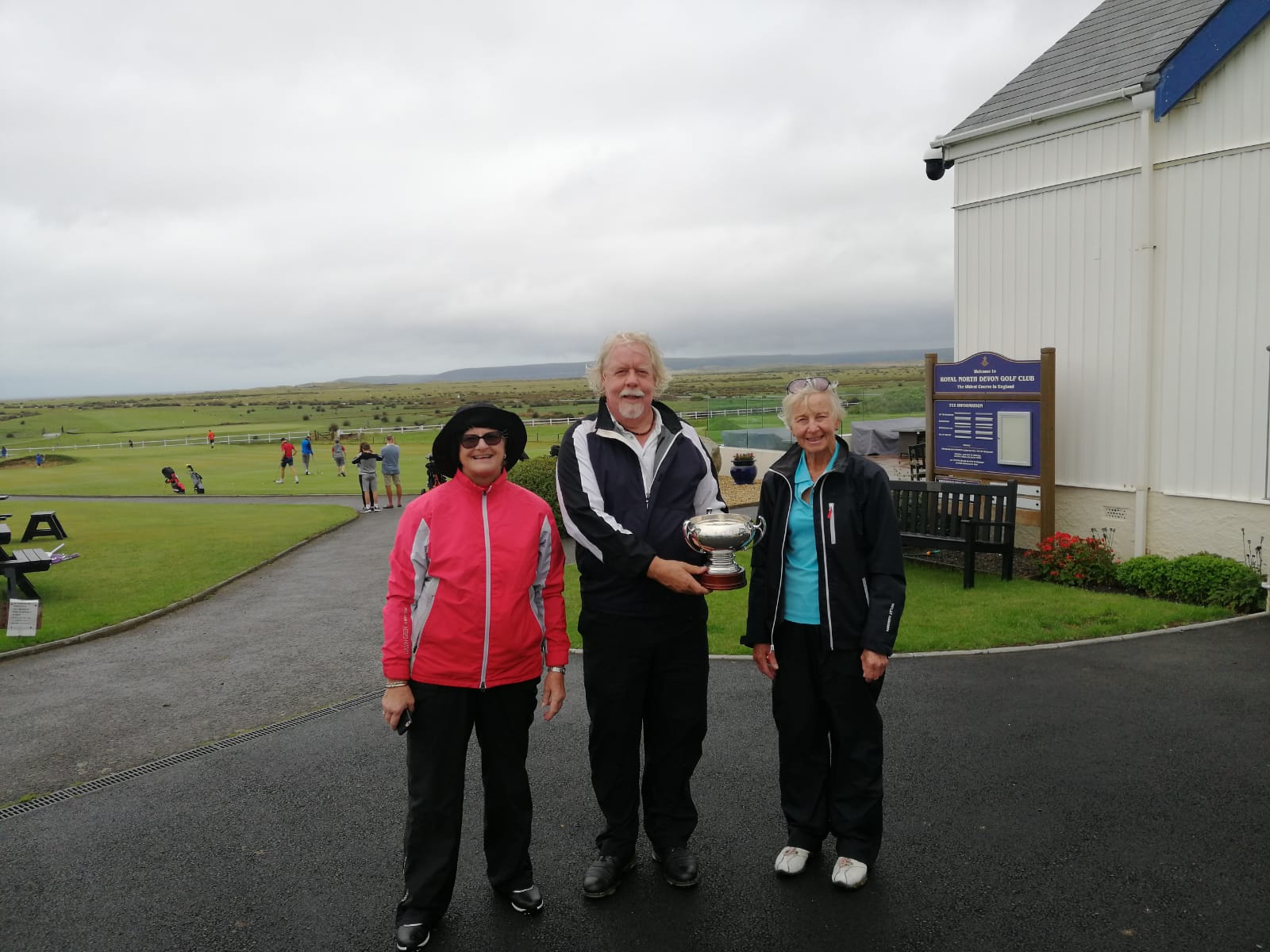 Congratulations to Gary Fisher and Pauline Marais on their victory in the K&K Cup. The win was by a margin of 4/3 over Rosemary and Richard Ferguson who were unlucky to lose a ball on the 15th which was enough to give victory to Gary and Pauline.

The K&K Cup is a Mixed knockout foursomes event played over 4 days during the Ladies August Meeting with a maximum handicap for men of 32 and for Ladies 40.

Semi Final to Final results were as follows: 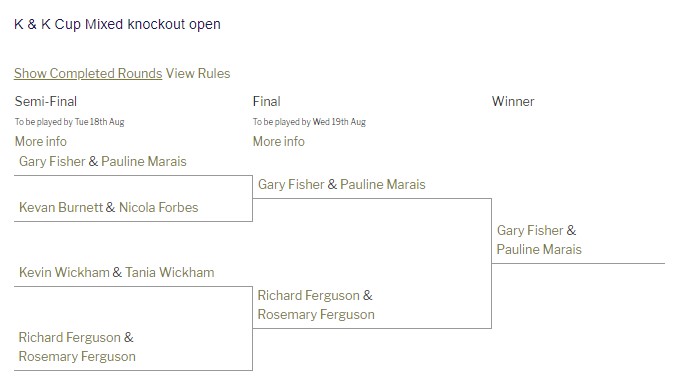