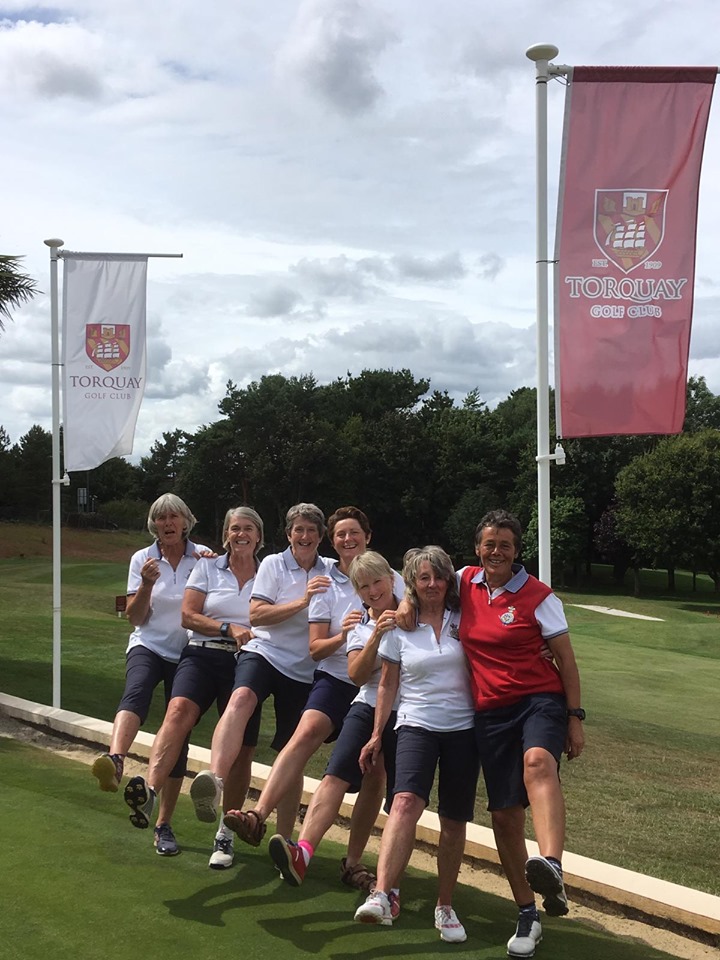 In the final match of the season for the Still Cup the team woke at the crack of dawn to travel down to Torquay for a 10.45 tee time. This seemed to have worked in our favour as the ladies gained a momentous 4/3 victory against defending Champions Torquay. Well done to the team which consisted of Paula Gibbs, Rosemary Ferguson, Sharon Stephens, Liz Bird, Liz McKay, Gro Lomas and Anna Wright and to all the other ladies who have played their part in the team this season.

Last Friday the Sheelah Creasy team had their last match v Tiverton in what turned into a very unpleasant wet day with hale, wind, rain and broken trolleys . RND were eventually triumphant with a 6/1 win leaving the team in second place awaiting the possibility that we have made it through to the Quarterfinals as one of the best runners-up. Subsequent results worked in our favour and the team are through to the Quarterfinals on 16th August at Holsworthy where they will play Teignmouth.  Well done to all the ladies concerned!