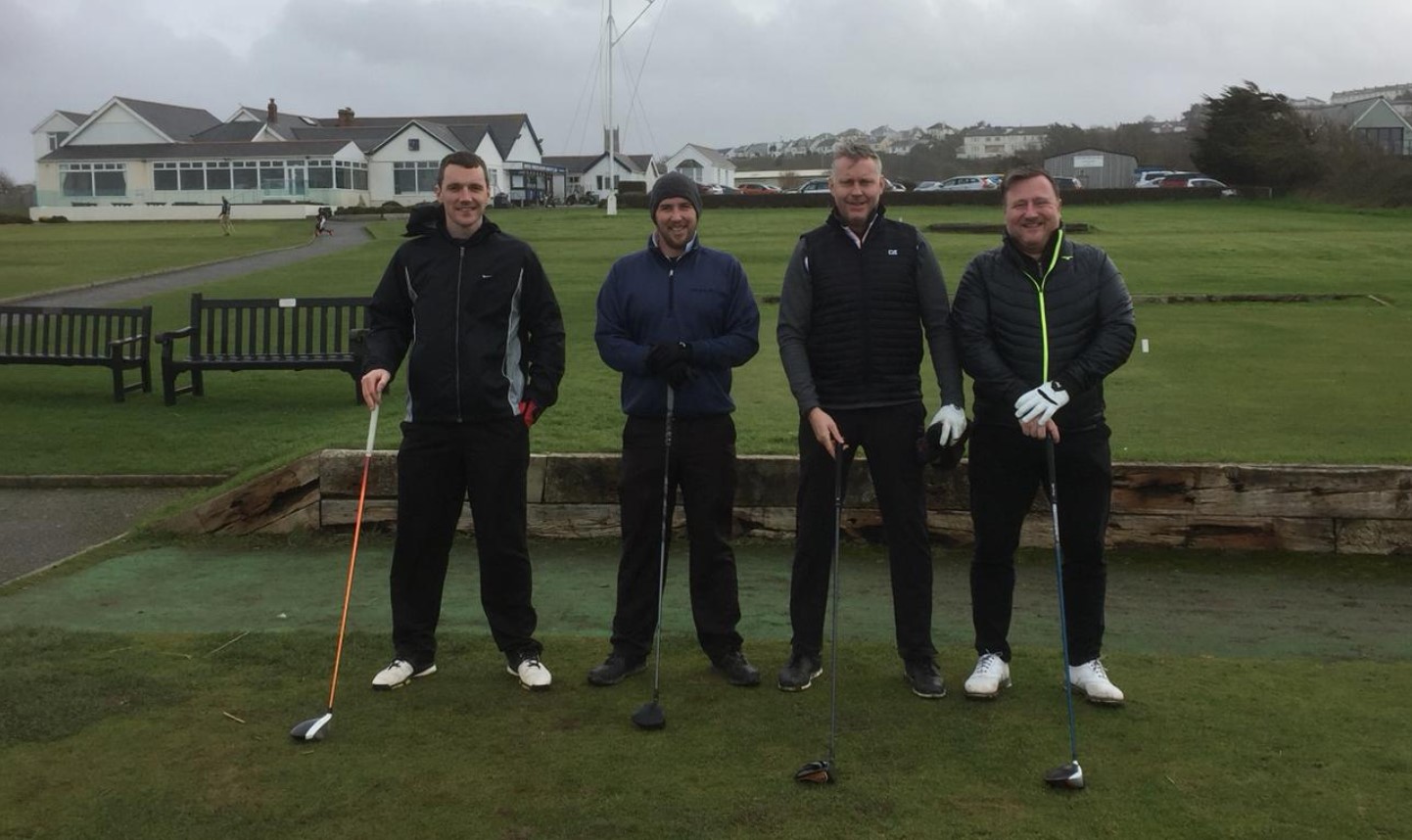 Two of our club members Julian ‘The Nudger’ Goddard & Neil ‘Mavrik’ Armstrong have reached the final of the Mizuno Pairs Winter Matchplay Series.

The national matchplay event is split into regions with the RND pairing having already beaten teams from Saunton, Exeter, Tiverton & Crediton found themselves in the semi final against opponents from Oake Manor Golf Club.

Playing on Saturday 22nd February, the home draw was a big advantage for our pairing, especially as the wind & rain was at full force, difficult conditions for anybody, let alone those having never played on our famous links course. From the off the RND pair looked solid, dovetailing well throughout & never losing the lead.

To the credit of their opponents, they hung on in there, taking the match all the way to the 18th, where Julian sunk a tricky 10 foot putt to seal the victory.

The final will be played against Enmore Park Golf Club at some point in March.