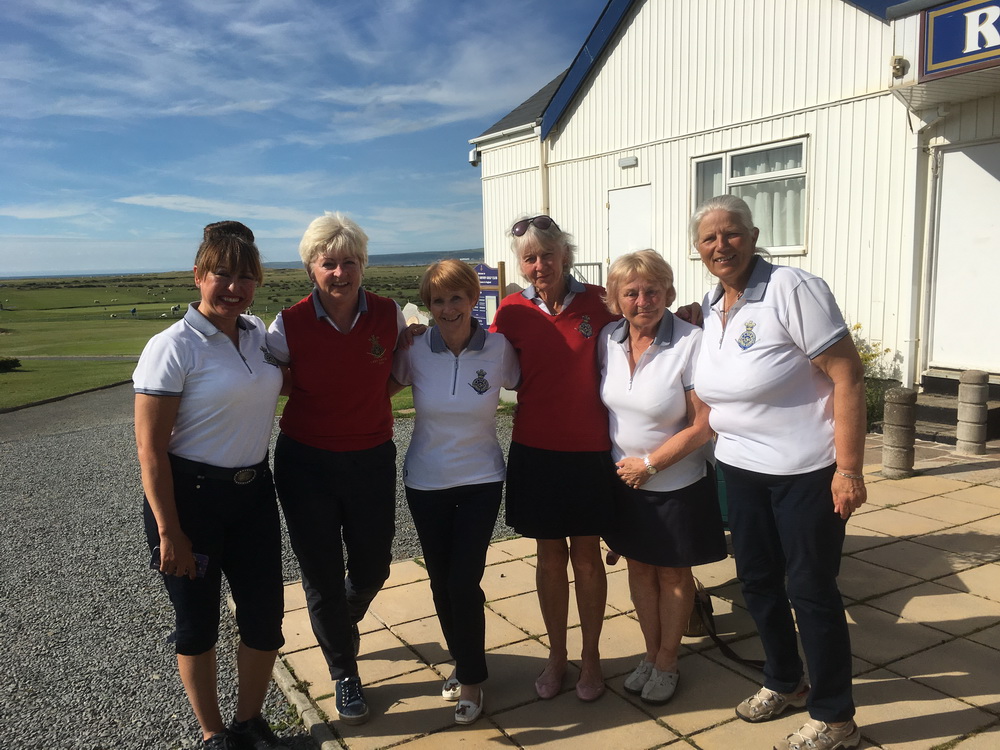 It was a chilly start but it soon warmed up with a light wind. The course proved a step too far for the Exeter ladies who found the tight lies, bunkers and rushes galore a tough call.

First out was Ruth Horn who won 6/5, Tania won 7/6, Barbara won 8/7, Pauline Marais won 6/5. We then awaited the other matches which were a little tighter.

Victoria triumphed 2/1 on the 17th after her opponent played into the ditch twice. Alex and Mary Harper were still playing on the 18th but both won 2up.